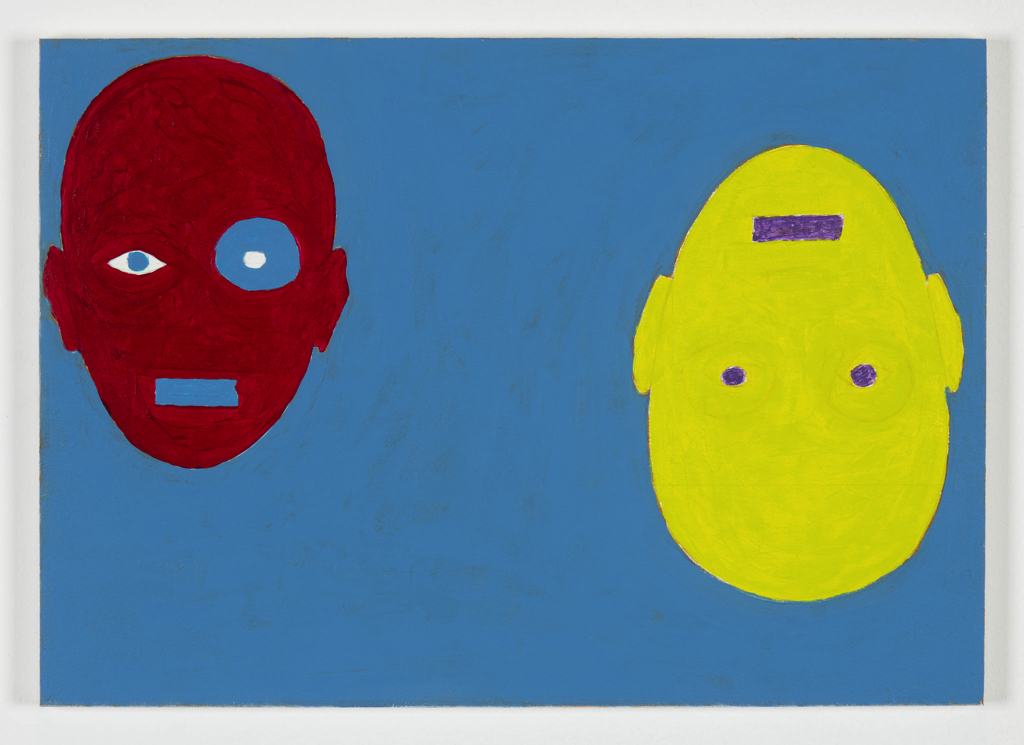 Wilde is pleased to announce Valentin Carron’s first solo exhibition at Wilde in Geneva. The exhibition presents a series of sculptures, an installation, and acrylic on wood paintings.

Playing with clichés, Valentin Carron dares to paint a self-portrait of the artist « on his feet. » Let us not be deceived: behind the first names that serve as titles for the sculptures lies the artist himself, satirizing the subterfuge. The socks appear defective, with holes. They evoke the hackneyed yet persistent representation of the penniless, bohemian, marginal artist, isolated on the periphery of hardworking humanity. Carron is fond of this Épinal, image, which he treats with the greatest respect.

These pairs of feet are also a pretext for rethinking the autonomy of art through the prism of dismemberment. What a strange sight these severed feet are, inhabited by a life of their own, to the point of healing their wounds and producing a stump. The sculptural limb then becomes a biological limb, where nature has reclaimed its rights.

From head to toe, the recent Ovals series is just as destabilizing. Valentin Carron presents simplified faces with perfectly canonical proportions (the artist uses an elemental model from a drawing course). The heads unfold on plain backgrounds, like notes on a score, apparently free but rigorously positioned according to an invisible logic.

Carron develops a figurative grammar in which the faces constitute the only vocabulary. The standardized dimension of the representations finds its echo in the strict norm of the formats: A4, A3, A2, A1, and A0. The colors appear as they come out of the tube, again standard products, with a few plays on transparency. One is reminded of the doxa of the Fauve artists, of neo-primitivism, and the more recent approach of the artists of the Italian trans-avant-garde, such as Francesco Clemente.

Further on, the metaphysical dimension of the project becomes apparent. The forced reduction of the faces to a few generic features, without anything that could identify a characterized profile, proves to be alienating. Each head appears as an island, suffering from the formal impossibility of developing a relationship with its fellow human beings. Figuration is caught in its own trap, and the artist’s gamble is won.