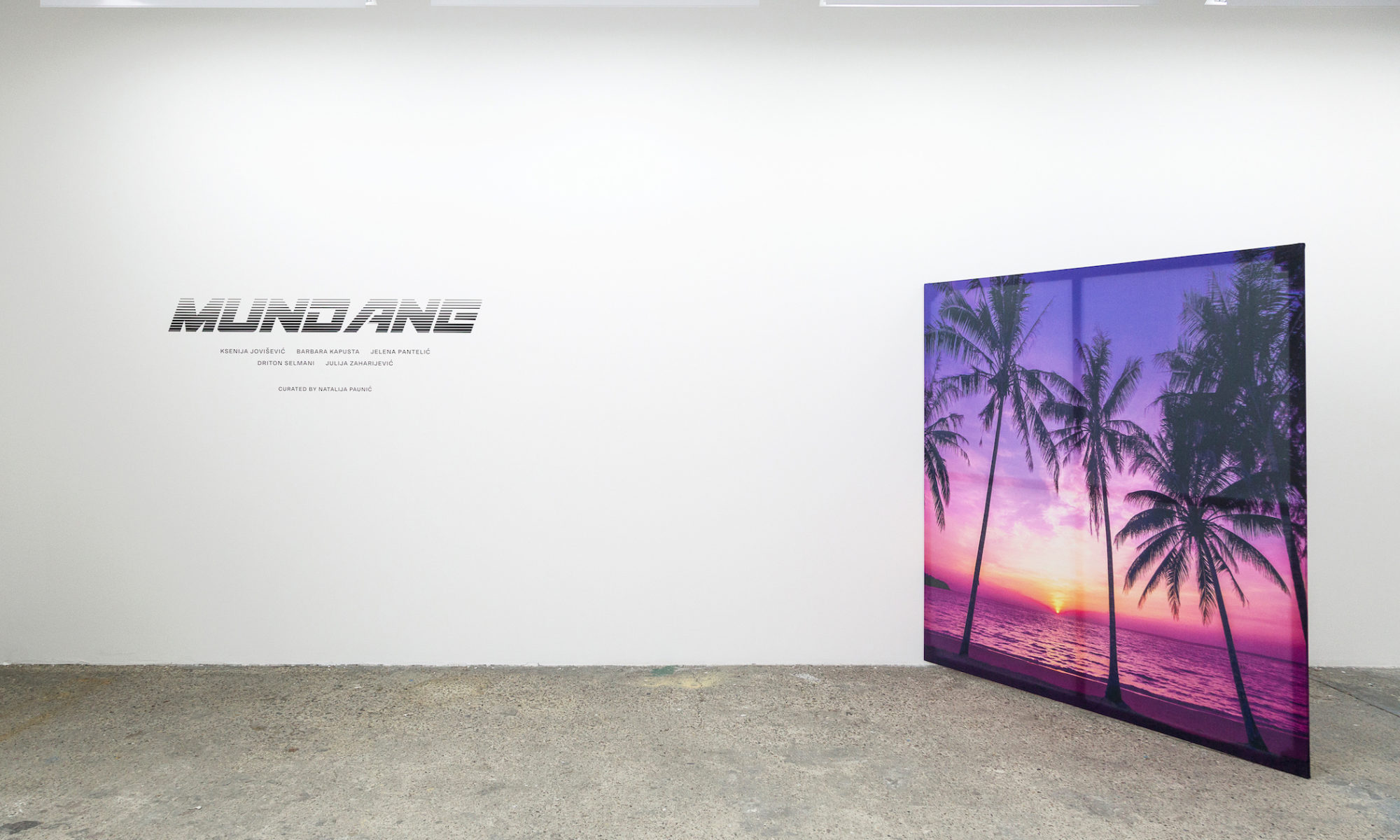 Visual arts and fashion occasionally cross paths. Out of the two, fashion certainly has a healthier relationship with reality, being honest about what it is: it’s a commodity, it gives us what we want, therefore it tells us where we stand as a society. In the past few years, mostly thanks to Instagram and other online platforms, general awareness about trends in lifestyle and clothing increased. As information became almost annoyingly accessible, aesthetics did the same. Balenciaga, for example, successfully created a hybrid of privilege and ordinariness in a single brand. Conveniently, their ad was on the back cover of the latest Mousse issue, with the camera slightly out of focus, in a mildly underwhelming setting; the models are indifferent, nothing looks exceptional, yet everything smells like high life. It’s unremarkable and it’s exciting at the same time. That’s the contemporary attire of luxury and that’s probably the state of the world as well.

To say that art is also a luxury is one way to put it, the other could be:
a free form of expression, derivative but independent from the so-called everyday life.
Almost as if we refuse to say that art gets compromised, constantly, by the evaluation system, the academic elite, by the people who ‘don’t get it’, by the market and predefined assumptions. Unlike fashion, art gets explained but rarely excused and offers itself for interpretation, for classification, for a debate over its worth. Perhaps for this reason, we find ourselves in awe of wearable items and accessories, not as people, but as professionals. Clothes and bags are the ultimate commodities, aestheticised but still purposeful, renewed every season, verging on vain.

As in any show, the title attends to the viewers’ expectations. In this case, the exhibition is prefaced by an adjective describing usual, customary, even uneventful things, which places the focus on the relationship between the observer and the object. By posing the question of an object’s value and relevance, we question our attitude towards it. Do we approve it, and what does that say about us? In order to be relevant, art needs to remain critical, but in order to be critical, it needs to understand the language of the world. And as Seth Price noted, even if in a book of fiction, it became “officially okay simply to like a painting”, and “enough to say, That painting is awesome, just as you’d say, That spaghetti is awesome” (Fuck Seth Price, 2015).

/ pause /
Approaching the viewer like a fashion brand, the works on display look and feel familiar, but they, too, are something else. The unusual springs from the function assigned to them. Words can come across as sculptural rather than meaningful, even if they mean something as well. This idea is in the work of Barbara Kapusta, who treats text both as a visual item and a verbal output, depending on your own feeling about it and whether you want to gestalt your way through the typography or read the poem. Sometimes words hurt us or hug us with their content, sometimes with their shape. Sometimes the shape is the word – big, awkward, strange – like Kapusta’s Giant* ceramic body parts.

But apart from the unusual, there is also the everyday, the expendable items, shipping vehicles, playing cards and actual clothes, the last one appearing as a motive and a subject in two of the featured artists’ work. Julija Zaharijević considers wearing clothes as the most commonplace ritual, because of which it gets overlooked and passes as uninteresting. In her work, it testifies to the passing of time and to the personality of its owner, starting out as an armor and turning into a burden after being worn every day without a break for a week. In Ksenija Jovišević’s MONT jackets on canvas, the clothing item is redesigned as a monochromatic rectangle, becoming an estranged version of its history-loaded self. The oversized ski jackets were worn excessively during the 90’s in Yugoslavia. For most of the people who remember this period, MONT represented what Balenciaga capitalizes on today: unapologetic aesthetics, comfort over figure, urgency rather than elegance, clubbing – only in this case, it was not intentional.

Because of their new, painterly features, MONT jackets are treated as other than jackets (perhaps they were never jackets to begin with, we don’t necessarily know that). The artist Driton Selmani’s ordinary things remain what they are when presented in his works. Plastic bags and delivery trucks are both insignificant for most of our personal lives, however they both harm the planet every day. In the EU, plastic bags get such bad reputation that people hardly use them and even get genuinely negative feelings about them. In the Balkans not as much, and that easily, just like fashion, a plastic bag becomes a status symbol in the system of the EU and the non-EU commodity exchange, but that of negligence, of poor choice or a lack of regard for the global.

Finally, Jelena Pantelić inserts her personal experiences into her practice, testing the limits of human interaction and addressing the issues in small things that otherwise go unnoticed. She confronts the most mediocre and the most upsetting situations of all, discerning chauvinism in activities such as playing cards and engaging in chat rooms (and haute couture – hence the bag with the ridiculously long handles). Walking the line between human darkness and fun, she bravely embraces the possibility for the mundane to go either way. For the usual contact between people to turn into an amusing fling, a simple game of cards, or into a deep misunderstanding and molestation, a gambling debt, or worse.