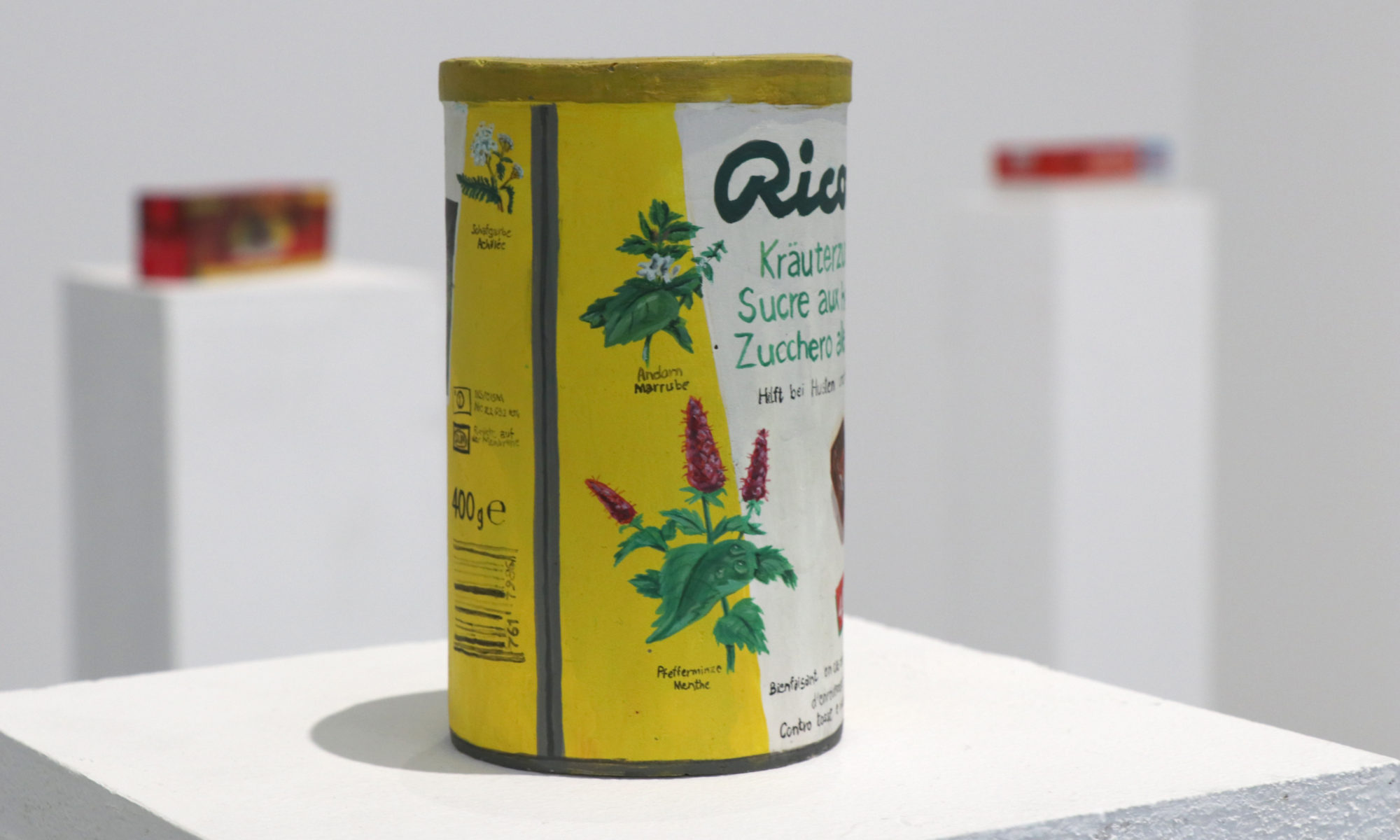 Aleksandar Rakezić (1995) has mastered at University of Arts in Belgrade, Fine Arts, Painting. He spend one semester at L’École nationale supérieure des beaux-arts de Paris, in Guillaume Paris studio (2019/2020). His work has been influenced by Roland Barthes’s  mythologies and Walter Banjamin’s famous description of artwork’s aura. Objects, paintings and drawing he makes question the status of what image or picture is, how far illusion can go with seducing human’s senses and brain. An advertisement intents to evoke our purest and strongest needs and wishes. Can an artistic reproduction of advertisement do even more than that? His works are imacullate copies of the objects around him carefully choosen to correspond to the contemporary viewer. Aleksandar had exhibited in Belgrade, Peking, Kotor, Paris. Swiss Ambassy in Belgrade had supported the production of his artworks made especially for that space (2019). He had his big solo show in Art Space U10 called „I KNOW OF A SADNESS WITH A SMELL OF PINEAPPLE“ (2020). His works are part of private collections in Berlin and in Stockholm.  Lives and works in Belgrade.