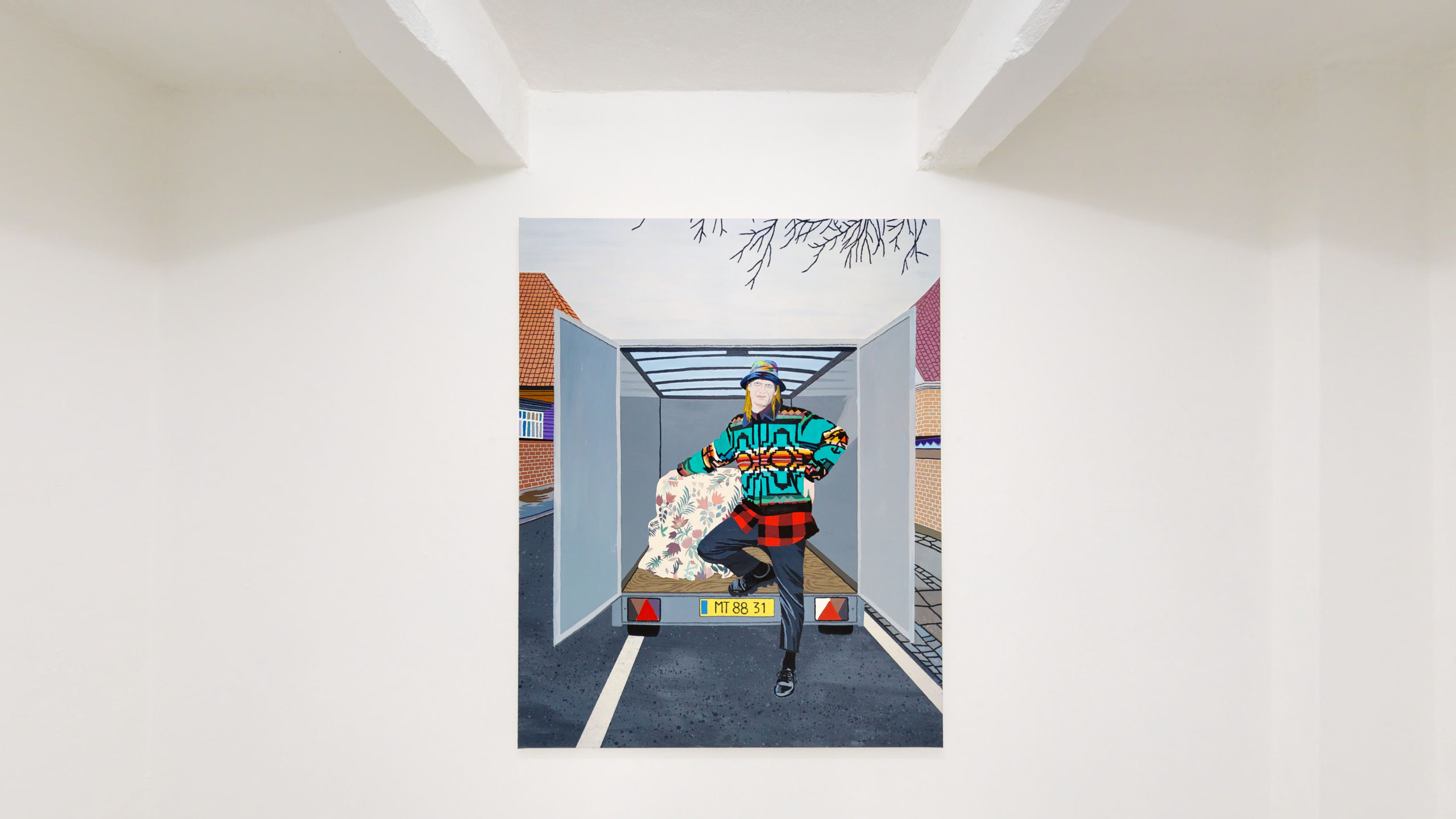 During the night, something crept into our domestic silence, but we were unable to determine where some of the sounds in that suspicious ruckus were coming from.
From the closet, perhaps?
At any rate, it would seem that the whole of humanity, as it observes itself in the mirror, is struggling to recognize its own features, and now, we all wear a mask.

Perhaps the nocturnal visitors that disturbed our peace with their fidgeting were rodents? Or maybe they were just creaking thoughts or images moving about inside our closet…
Perhaps we fell asleep in front of the TV watching an old movie like « Who Framed Roger Rabbit? » and the scrambled bodies of those characters with their altered minds have vanished, leaving only their outlines behind?

Are we now intruders in their territory?
A grotesque irony and even a little cheer peers out, a detached, mocking mood that – every now and then –, takes advantage of a favorable misunderstanding, dispelling the darkness or indulging in a mocking gesture that takes us across the ford into neutral territory.
This coming and going on a roller coaster composed of phallic members in marble, and furtively catapulted to the fore, takes us towards a disconcerting dimension.
– Enveloped by the stagnant haze of an enchanted swamp, from which the androgynous features of one of Michael Bevilacqua’s painted manga faces emerge.
– In the ordinary scenes of semantic incidents contained in the paintings of Andrea Carpita.
– Inside the Warner Bros. cartoons, reinvented with a sinister tone by Peter Frederiksen in his embroidered art.
– In the landscapes of the world below by Adrian Hobbs, animated by wave-like motifs in which color and form prevail over the canonical limits of the painting.
– Within the macabre and derisory dimension in the sinister, yet conciliatory sneer of Derek Mainella’s canvases.
– In the raw material that takes form in the dismembered tentacles and irreverent sexual fetishes of Ally Rosenberg’s sculptures.