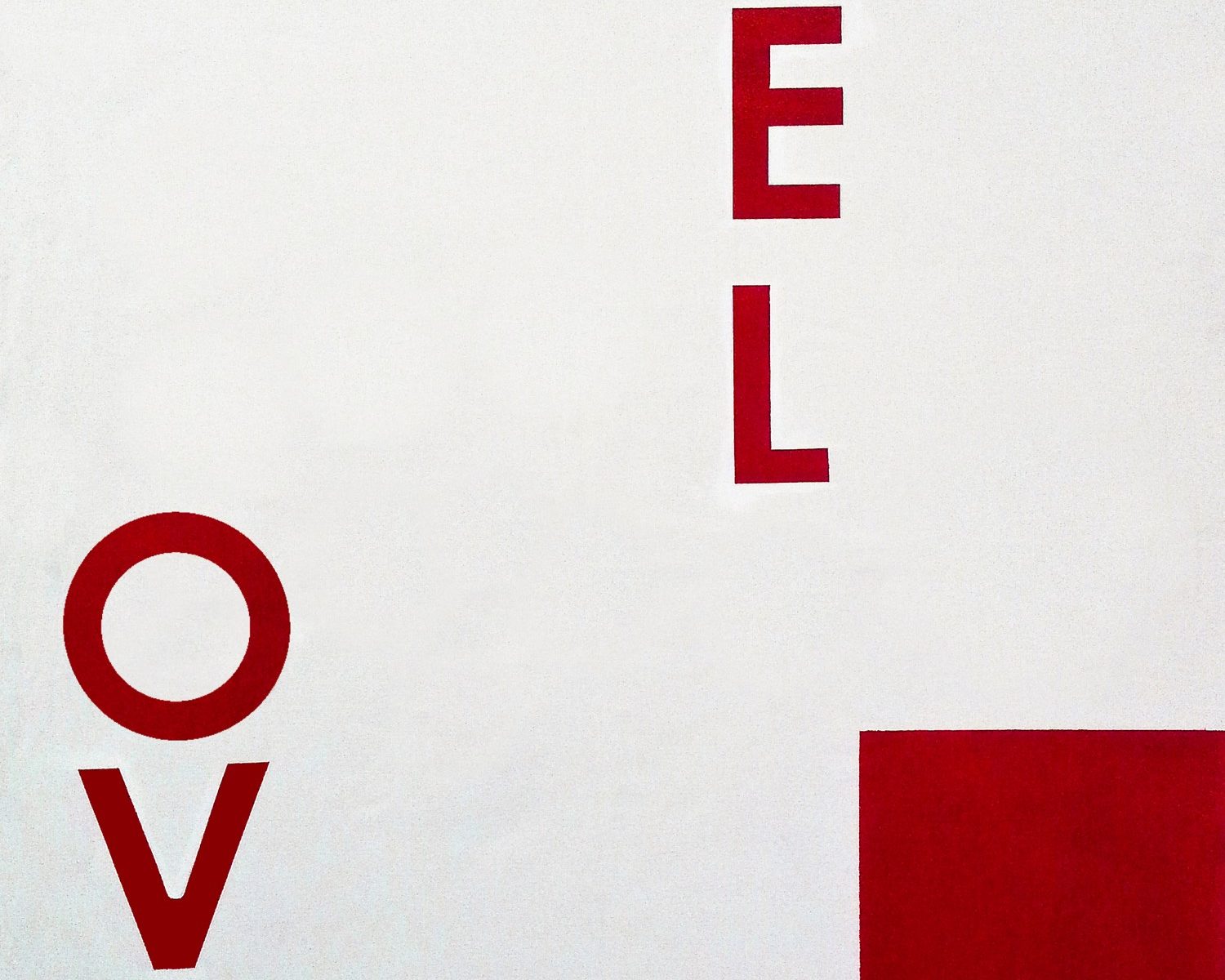 In his paintings, drawings, sculptures and mixed-media works, Felix Delandre has produced a visual language that oscillates freely between personal and art historical references.

Constantly experimenting, he cycles through some of the most iconic modes of abstraction, investigating minimalist questions of color and shape, tapping into the spontaneous gesture of Abstract Expressionism, and creating cryptic signs and symbols in imaginative drawings and paintings. In an eclectic studio practice, he explores notions of taste and skill through works often painted on loose paper, carboard scraps and canvases, fluctuating between word riddles, Twombly-esque scribbles, church iconography, and hard-edge geometric abstraction.

One aspect of his practice that remains constant is his emphasis on process : the intuitive motions of the artist’s hand, as well as the effects of material, memory, and environment. His approach is both playful and irreverent, wherein he mostly paints flat on the floor, and welcomes accidental marks and the picking up of paint, dirt, and various other elements in the work.

While artistic precedents appear to be among his works’ influences and inspirations, they never settle into certainty. Though vaguely familiar, the images are clear, sometimes devoid of specific meaning and presenting lighthearted subject matter with a direct, gestual confidence. Though much remains ambiguous as they possess something deep & troubling beneath their simplicity exploring the very implications of the creative act.

Born in Paris in 1987, he went on to receive his Licence in Art Plastiques from the Sorbonne University in 2010 and then his Master of Fine Art at the Central Saint Martins in 2011.